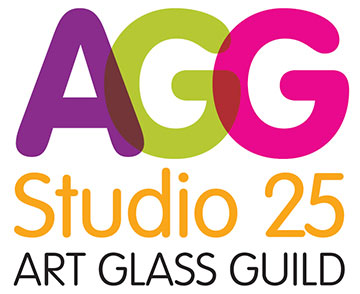 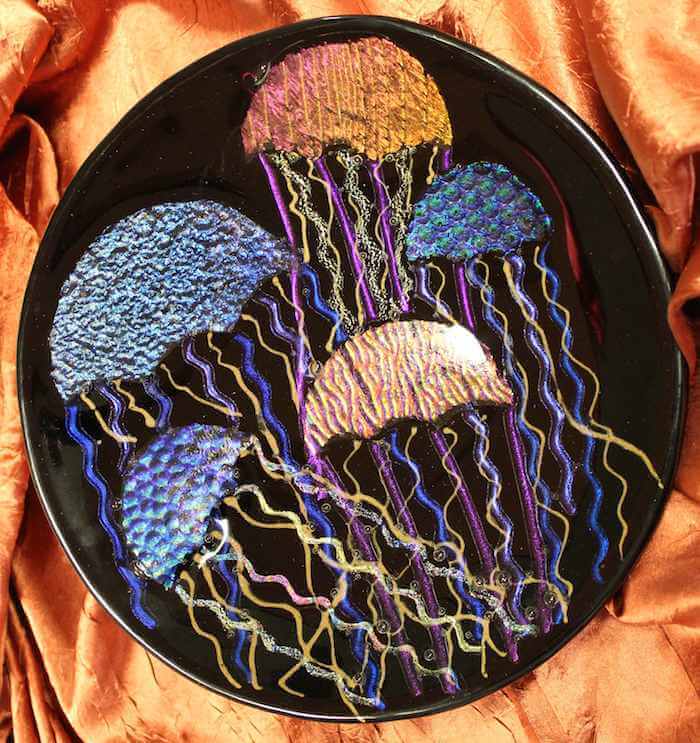 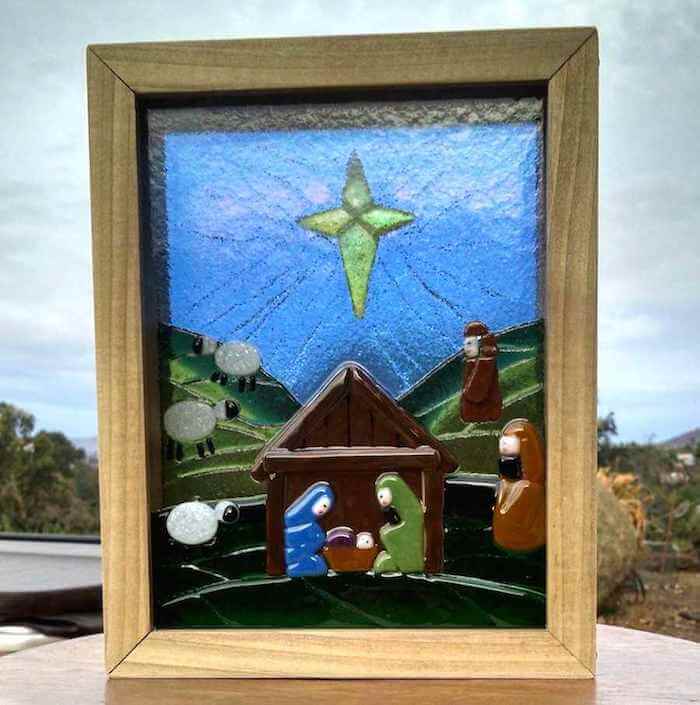 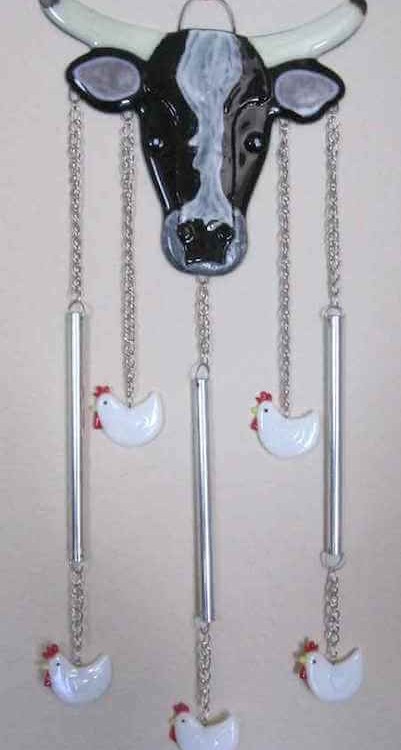 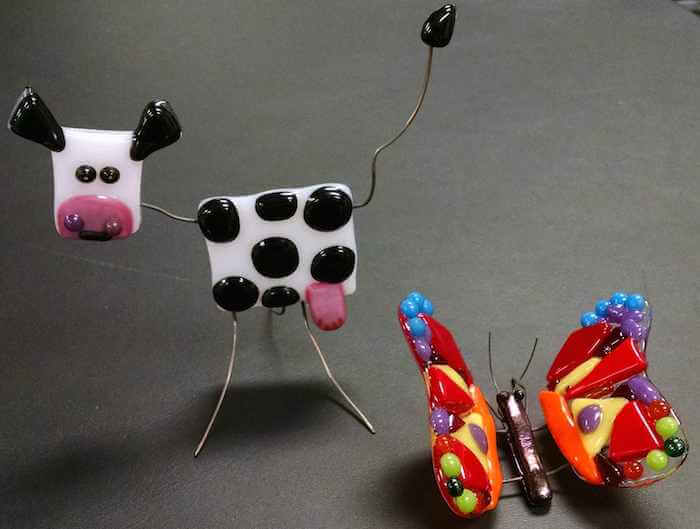 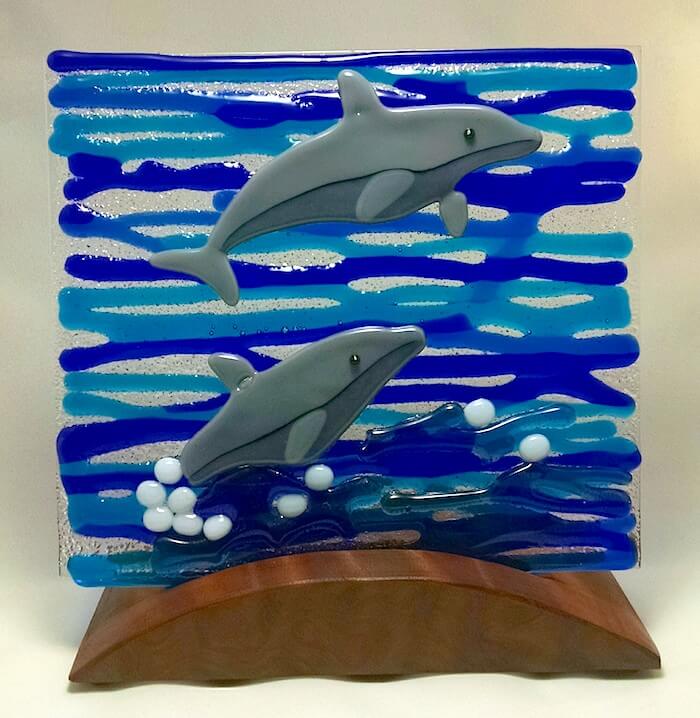 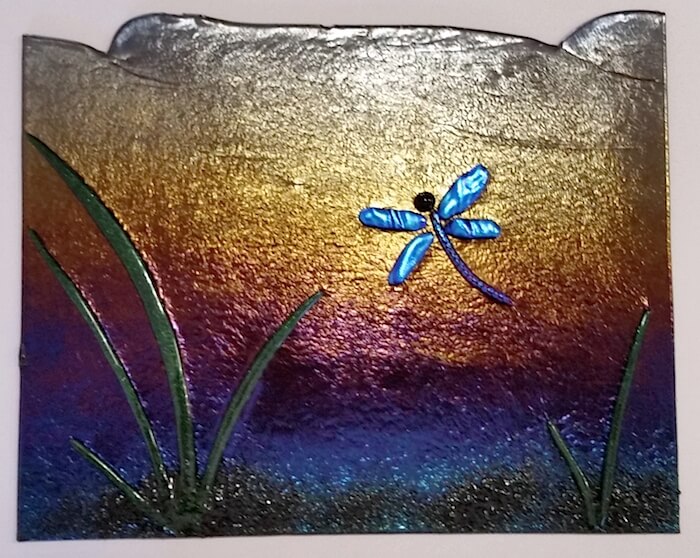 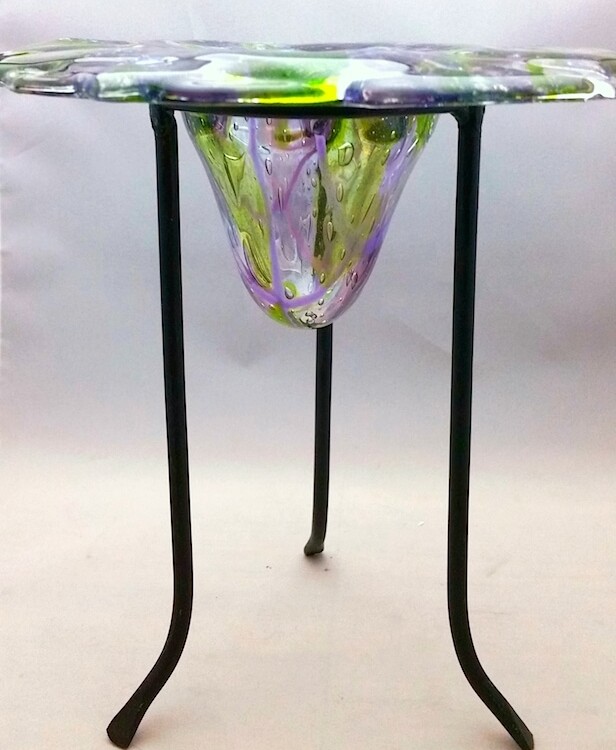 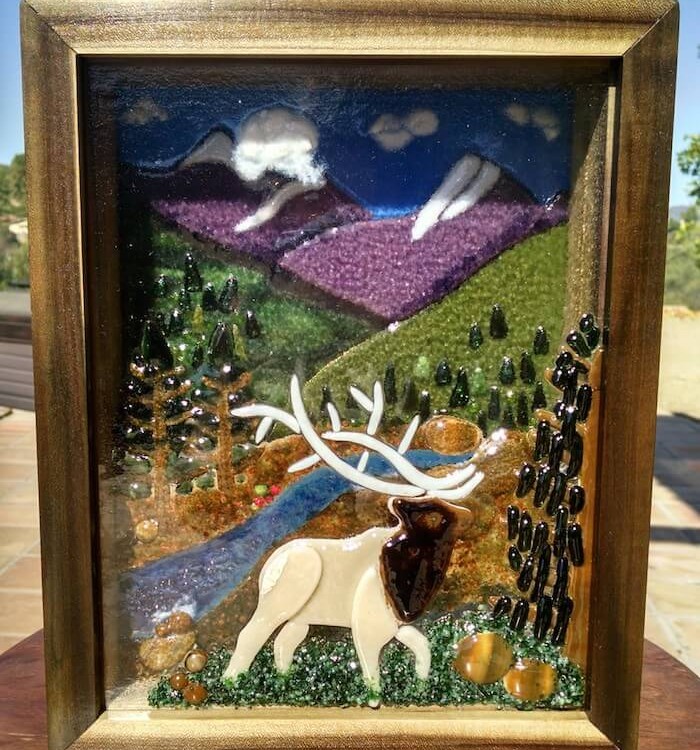 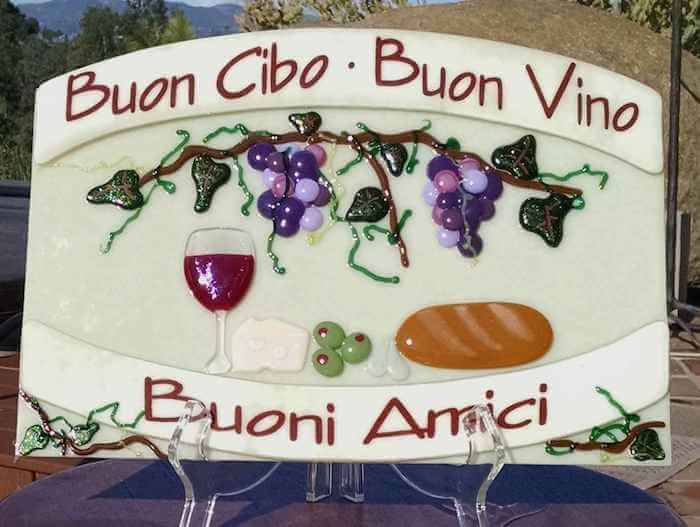 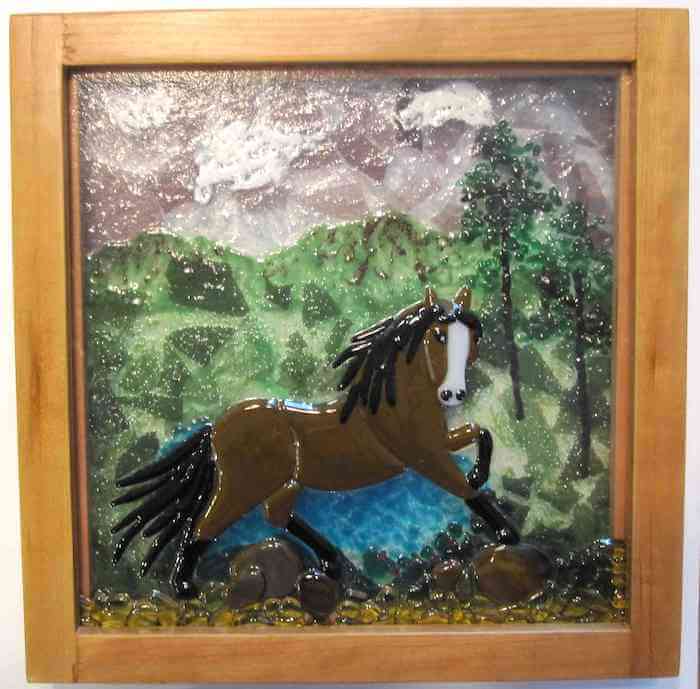 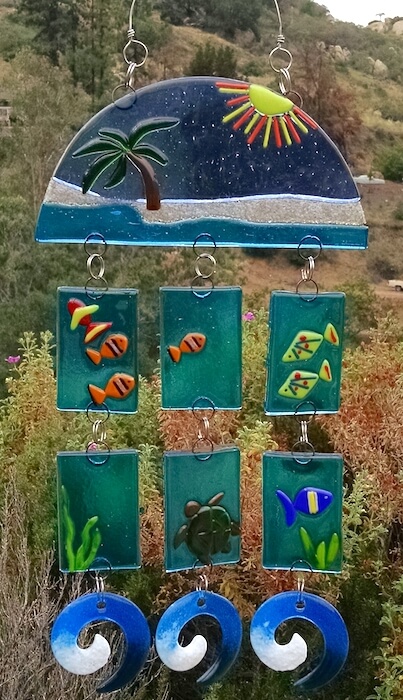 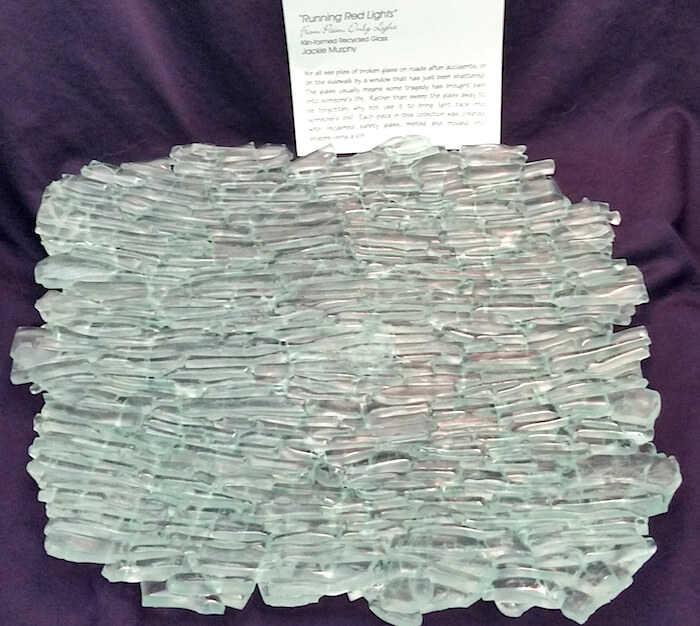 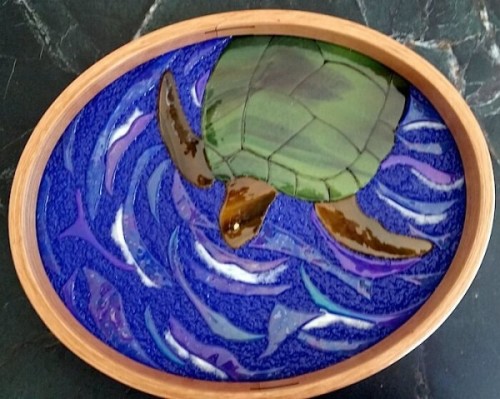 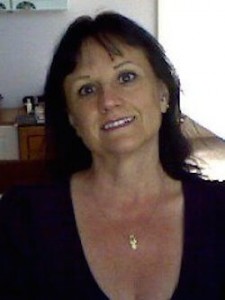 Jackie Murphy was born in Minneapolis, Minnesota. but grew up living in the rural areas of Moab Utah, and Missoula, Montana surrounded by dirt roads and lots of nature. In her mid-20’s she had grown tired of the long, cold, snowy winters and moved to Hawaii, were she met her husband, Doug. They moved to San Diego in 1992, fell in love with the city and decided to make San Diego their home. Jackie retired after a 20-year career developing software and computer consulting, and now devotes most of her time to her art.

Jackie started doing stained glass in 1989, and expanded into ceramics in 2011. She took her first fused glass class in March of 2012, and found her medium. Once bitten by the fusing bug, and wanting more control over her ceramics, she and her husband built a studio on their property, and Glazed & Kilnfused was born. More recently in addition to working in her studio Jackie is teaching and is an instructor for the Ladies’ Night Out fused glass classes at Fusionglass Co. in La Mesa.

Jackie says, “My art reflects who I am, and where I’ve been in life. Some things show my Montana roots with my love of the mountains, and passion for professional bull riding, where others reflect my years in Hawaii with its lush vegetation and colorful sea life.”